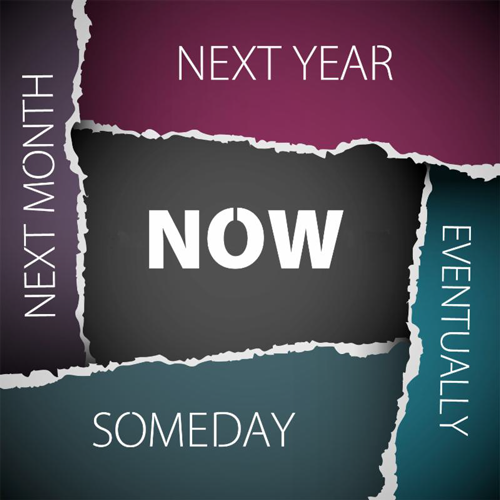 The Future of Retirement Planning?

We have a retirement crisis in this country. Today, too few people have retirement plans, and those who do save for retirement are not saving enough. It is not uncommon for people to live will into their 80s or even 90s and it’s vital to have adequate savings. Our recommendation for most Americans is to save a minimum of 15­20% per year for retirement.

What are most Americans saving? A recent survey showed that a shocking 36% of Americans have saved NOTHING for retirement. That’s right, absolutely nothing. So, what’s the solution to this crisis?

Many in the financial planning community and some in the government are looking toward auto-enrollment and auto­-increase plans as a way to increase not only the number of people saving for retirement, but also the amount they are saving each year. These types of plans began to gain momentum with the Pension Protection Act of 2006.

You can design a plan to have either an auto­-enroll element or an auto­-increase element or both so that employees are automatically enrolled once they meet eligibility and their contributions are automatically increased once per year. If you want to be aggressive in your plan design, you should do both. If you choose to implement these types of plans, you should partner with a good TPA to ensure they are set up and run properly.

What Are Auto-Enrollment and Auto-Increase Plans?

Auto­enrollment plans are exactly what their name implies. You are automatically enrolled in your employer’s retirement plan once you have met certain eligibility requirements. If you haven’t previously selected a plan, you’ll be placed in your company’s default plan. Typically the starting rate of contribution is 3%. However, studies show that you can go up to 6% without raising the opt­out rate.

Moe Howard works for XYZ Corp. He’s been there for 12 months and has met all of his company’s eligibility requirements. He is now automatically enrolled in their retirement plan with a contribution of 3% for the first year. If Moe doesn’t want to be enrolled, he must notify his company in writing that he wishes to opt out. The time limit to opt out is typically 90 days.

Auto­increase plans are similar to auto enrollment plans except that they include a provision within the plan to automatically increase the amount of your contribution on a specified date every year or on the anniversary of your enrollment. The amount of increase is typically 1% annually not to exceed 10%. Like with the auto­enrollment plans, you have the option to opt out of these increases by notifying your benefits department in writing.

Let’s continue with the above example.

It has now been a year since Moe enrolled in XYZ Corp’s retirement plan. Since the company’s plan has an auto­-increase provision, Moe’s contribution will increase by 1% this year unless he notifies the benefits department in writing that he wishes to maintain his current contribution amount.

The general consensus among government officials and those in the financial industry is that something must be done to ensure that more Americans are saving for retirement and that they are saving enough. With everyone’s busy lives it’s so easy to put retirement planning at the bottom of the to­do list. Auto­-enrollment and auto­-increase plans are favored because they don’t require us to think about saving; they just make sure we do it.

A recent survey of 7,545 participants regarding auto­-increase plans found that 55% of respondents said they would like to have an auto increase option as part of their retirement plan. Another 29% said they were unsure and needed more information. And the remaining 16% were against the idea of an auto­-increase.

In theory these types of plans are a good way to increase both enrollment and contributions. In fact, a Vanguard study looked at 2,000 401k plans representing approximately 2 million participants. They found that participation in retirement plans that include an auto­enroll element is around 80%. And, most people don’t even miss that extra 1% that gets added with the auto­increase plans.

Auto-enrollment and auto-increase plans may be the wave of the future. And, there could be tax incentives on the horizon for implementing them. Having these kinds of features in your plan makes it so easy to save retirement thereby helping increase the likelihood of success. The key will be finding the right mechanisms to make them work seamlessly within all departments at large corporations and for small businesses alike. 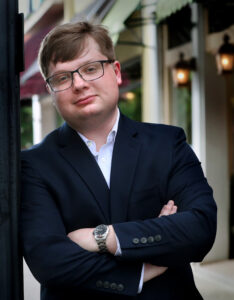 Sean Oneal joined Stones River Consulting as a Relationship Manager following his graduation from the University of Tennessee, Chattanooga.  He had interned with SRC over 3 previous summer breaks and has experience building relationships through his student job at UTC working with the Center for Global Education.

When Sean is not working, he enjoys hiking, playing music, and traveling around the world. 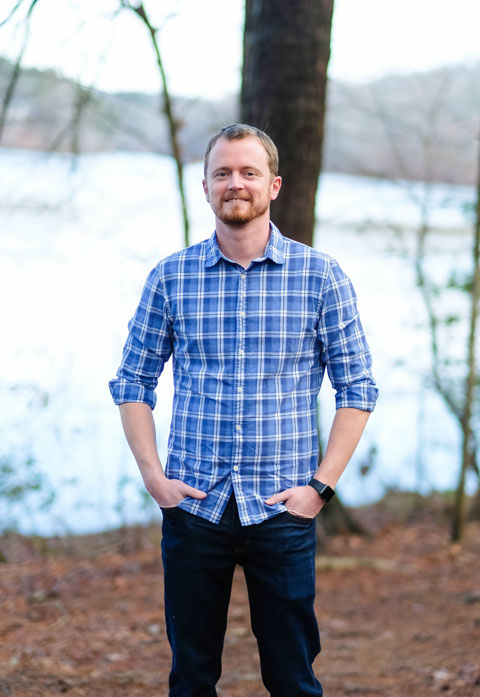 Stu has been working in the retirement industry since 2009 and joined Stones River Consulting in the fall of 2019. He is an active member of ASPPA and has obtained the Qualified Pension Administrator (QPA) and Qualified 401(k) Administrator (QKA) credentials.

Stu graduated from the University of Memphis in 2008 with a bachelor’s degree in Finance and then obtained his MBA from Lipscomb University in 2010.

In his spare time, Stu enjoys attending local events in the Atlanta area with his wife, Ashley, and his two boys, Finley and Landon. He also enjoys playing tennis in the Atlanta Lawn & Tennis Association (ALTA). 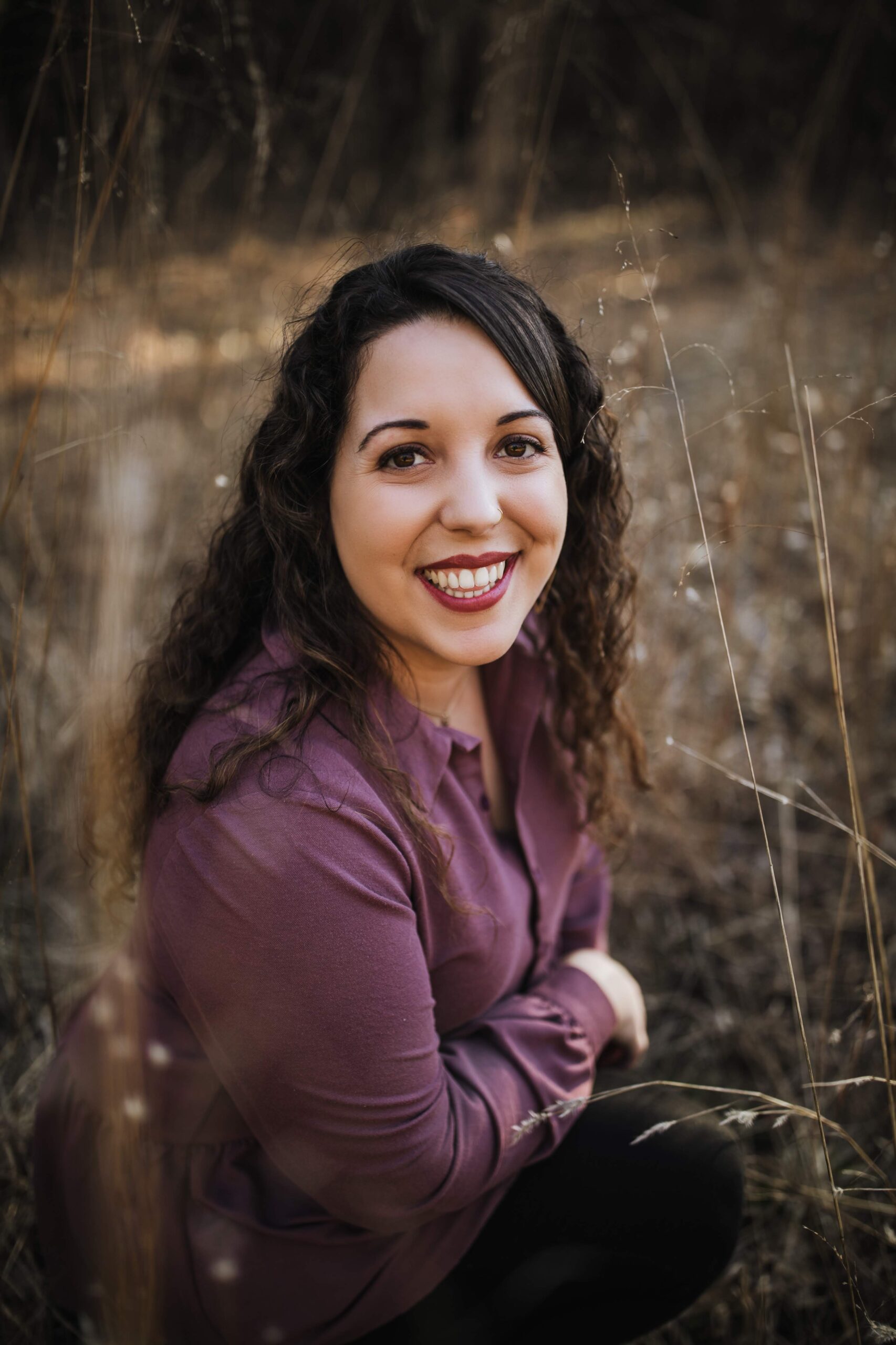 Katherine Wood joined Stones River Consulting as a Senior Relationship Manager in December of 2020. She has several years of experience in account management and financial services ROI.

As Senior Relationship Manager, she is responsible for providing high-touch client service to Plan Sponsors and Advisors.

Katherine attended Middle Tennessee State University, has a Master of Business Administration, and is a member of the Pinnacle Honors Society. Katherine enjoys traveling and soccer. Katherine is a new bride and together, she and husband James, have visited over eight different countries. 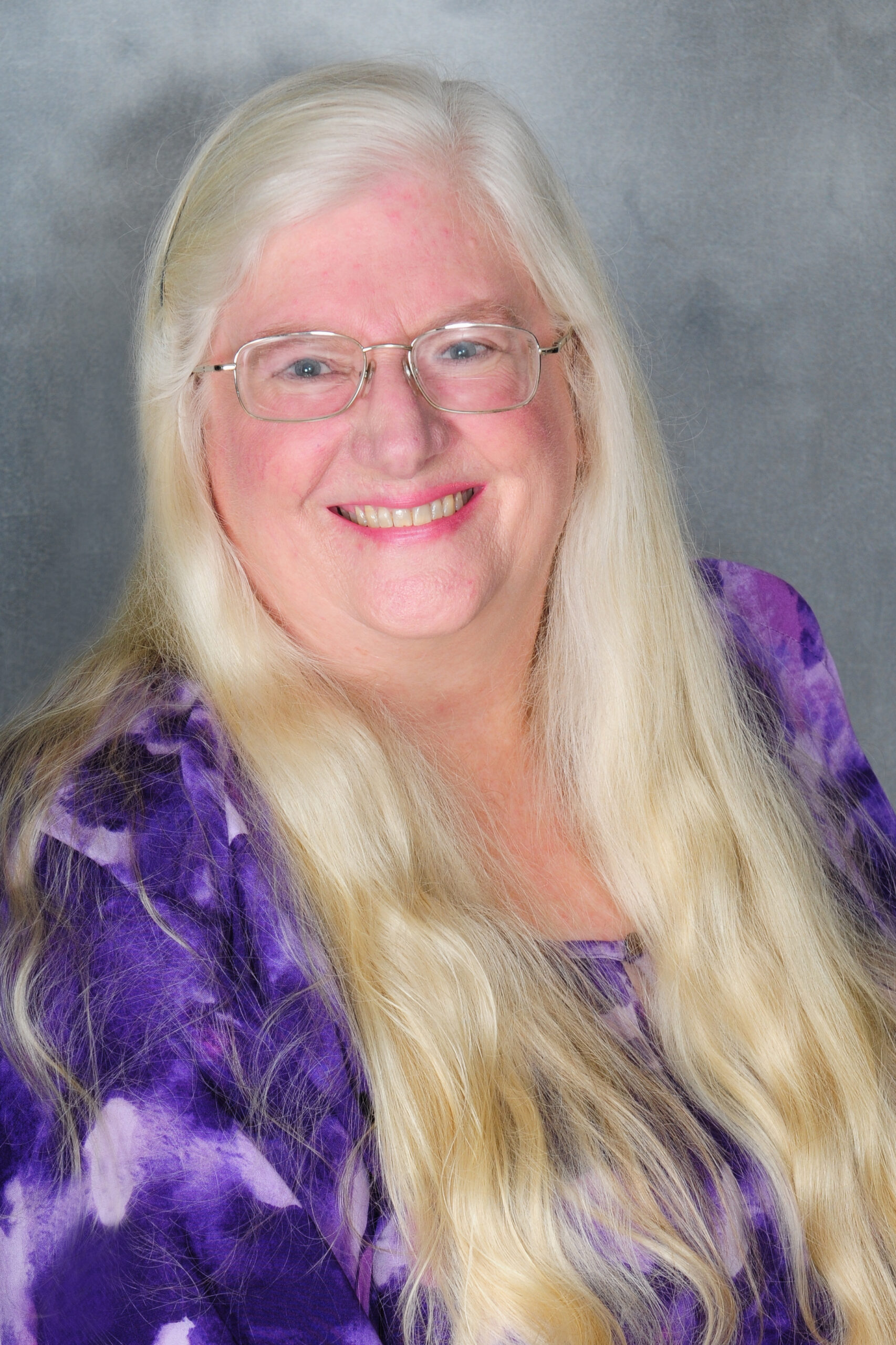 She has broad experience in several industries including, the state university system, heating and cooling, residential construction, and trucking. She found her passion in pension administration and is pursuing her QKA designation. 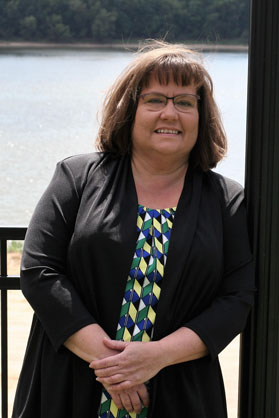 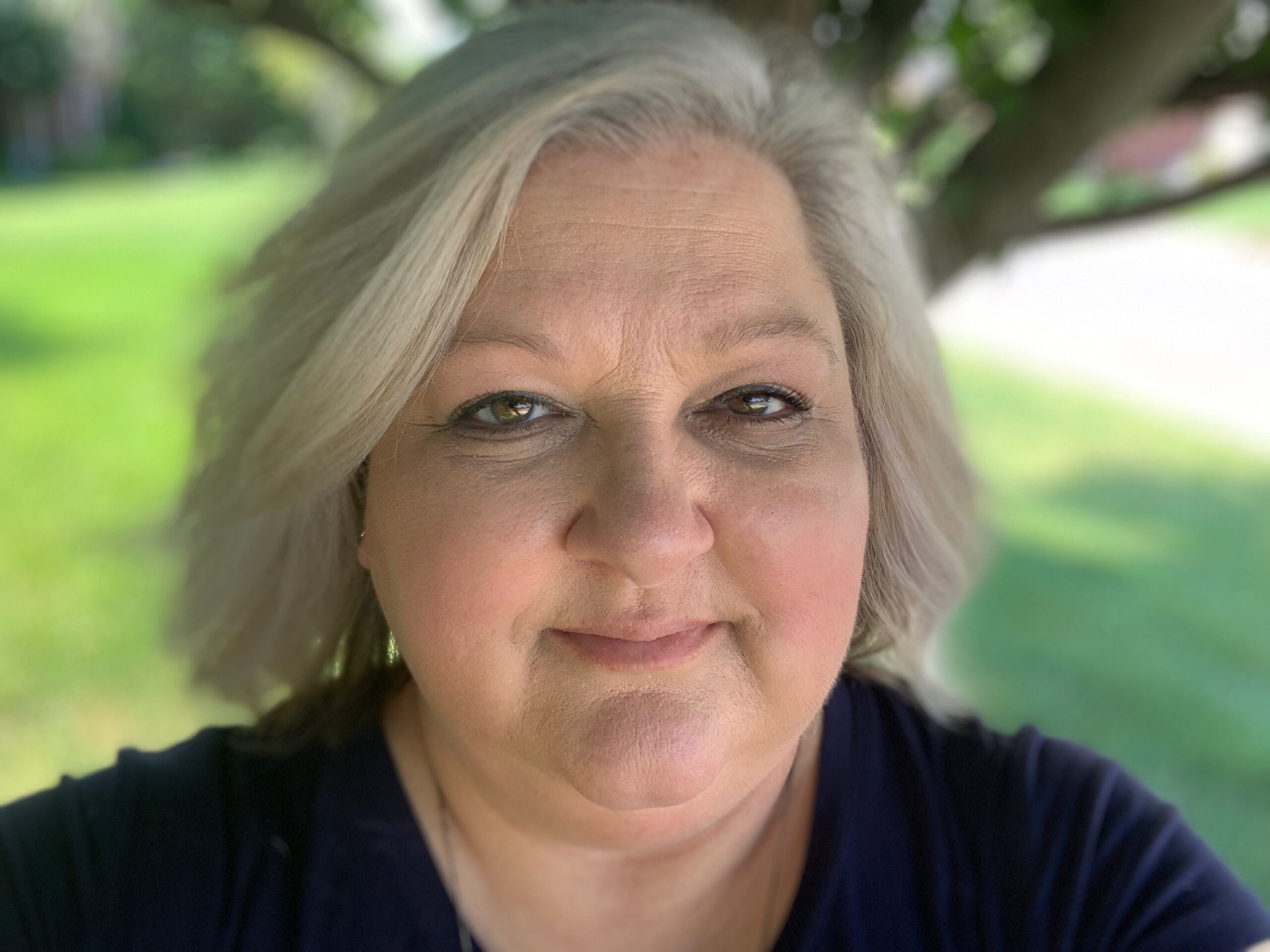 Dena Oneal joined Stones River Consulting in October of 2020. She has over twenty-five years of experience in project management, staff operations, and fostering strong interpersonal relationships.

In her position as Director of Operations, she is responsible for the oversight of day-to-day operations and communications, project management, and works to develop and implement organizational strategies, policies, and best practices.

Dena attended the University of Tennessee and has a Master of Education (M.Ed.) from Middle Tennessee State University. Dena enjoys reading, crafts, and volunteering in the community with the Alzheimer’s Association and Mindful Care. She is happily married and has two sons, Sean and Connor. 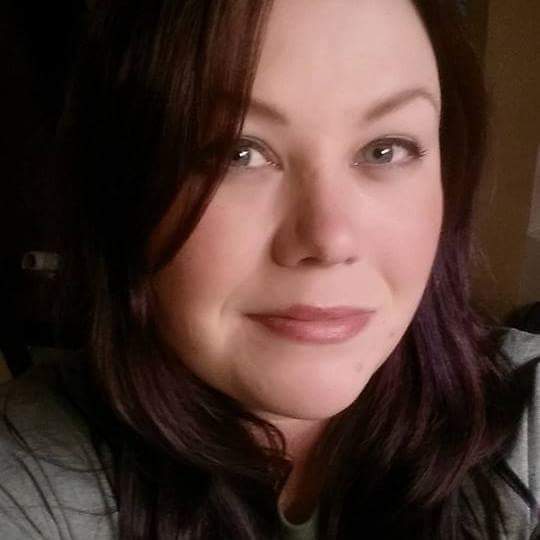 Local to middle Tennessee her whole life, she takes pride being a trust-worthy people person, with a passion for solving problems. Mindy has over 10 years in client/customer and employee relationship management, account management and general leadership.

She is reliable and easy to work with; have an eye for detail and excel in organization. Mindy is happy to represent Stones River Consulting where we focus on connecting with our partners to provide an outstanding experience when planning for your retirement! 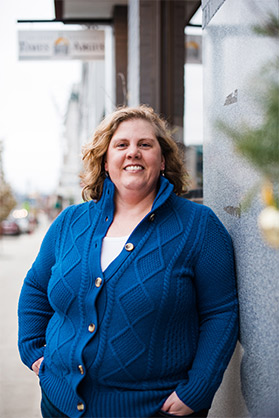 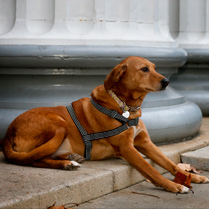